The name “Teddy” actually comes from former United States President Theodore Roosevelt, who was commonly known as “Teddy” when he refused to shoot an exhausted and tied down black bear during a hunting trip in 1902 and instructed that the bear be killed to put it out of its misery.

Death is not the greatest loss in life.

The greatest loss is what dies inside us while we live.

The incident soon became the topic of a political cartoon by Clifford Berryman in The Washington Post on November 16, 1902. When Morris Michtom saw the drawing of Roosevelt, he was inspired to create a teddy bear. After sending a bear to Roosevelt and receiving permission to use his name, the toys were an immediate success and Michtom founded the Ideal Novelty and Toy Co.

Even till this day, teddy bears are among the most popular gifts for children and are often given to adults to signify love, affection, congratulations, or sympathy. Perhaps every lovely soul who crochets would have a teddy bear project in his/her to-do list.

As for me, it happens to be my first amigurumi project.

A little ambitious for an amigurumi noob back in 2015, who had ONE crochet hook (a Japanese crochet hook size 1/0-2/0) and some left over acrylic yarns huh? Well, my guts told me to go ahead anyway and found myself a cute teddy bear tutorial on YouTube.

😑I know, totally no resemblance to the ones shown in tutorial.

Well, like I mentioned earlier, I only had one Japanese crochet hook (1/0-2/0) and some left over acrylic yarns during that time. So this cutie was stuffed with toilet paper (not joking) and the eyes were glass beads instead of safety eyes. It was very discouraging when the outcome was not the same as the one shown in the tutorial (nothing like a Teddy.. LOL) so, I stopped crocheting amigurumi for a while and went back to crocheting bags. Then in 2016, I decided to try again and started with something smaller — a snail.

Well, at least this one looked like a snail huh? I think there is nothing wrong with being ambitious, but when it comes to crafting, unless you are one of the super talented ones, it is better to take small simple steps during the early stage.

Great things are not done by impulse, but by a series of small things brought together.

After completing my third amigurumi, I started my journey in “bringing a series of small things together”. There were ups and downs along the way, with many mental debates on whether I should change my path to crocheting instead. Eventually I started my Esty shop in 2018 and have received unconditional supports from my family and friends. I am very thankful to be still hanging on at this moment.

Just a few days ago, after updating my shop and wondering what I should do next, something came up and I decided to crochet that Teddy bear again. Using the same crochet hook and a similar yarn but this time, I’ve had all the materials needed.

From this “experiment”, I realized that in the world of amigurumi, the skill that we’ve acquired is not really only about crocheting but how we “sculpt” all our crocheted components.

I have to admit that assembling the components is still the most intimidating part for me but ironically, it is the very same thing that we need to master well in order to give “life” to all these cuties!

Sometimes you have to do what you don’t like to get to where you want to be.

Thank you for reading this post and have a wonderful day ahead! Do stay safe, healthy and happy!

From the previous posts, I mentioned about learning knitting and crocheting at a very young age and ‘tension’ was my nemesis…

… even till this day.

So it got me into thinking…one of the definitions for the word ‘Problem’ is “a thing that is difficult to achieve”.

When we stopped doing something, does it mean that we have given up?

The encountering of problems might just be one of the reasons for the pause, on the other hand, we might just need to search for THAT MOMENT to start doing it again.

In the past, crocheting/knitting was just a hobby for a ten-year-old girl. With very limited resources in the past and hmm…perhaps limited talent; this little girl found no reason to continue nor did she has the patience to do so. In another words, there just wasn’t enough motivation for her to overcome the ‘problem’ that she was facing.

Since then, she and this hobby were travelling on a parallel track until the universe decided they should meet at an intersection point…many, many years later..yes…many many many years later… 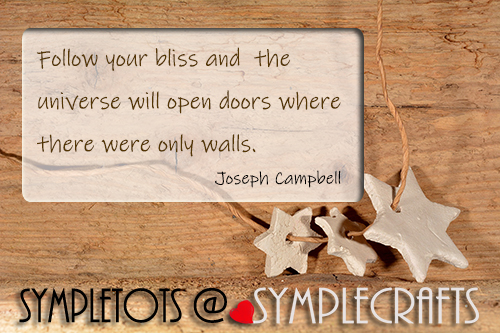 Maybe my chronic illness is a blessing in disguise as it re-opened the door to the world of yarns and needles for me during those home-bound years.

I can still remember myself staring really hard at those unused balls of yarn and an almost rusty crochet needle after digging them out from one of my drawers.

“SHOULD I START CROCHETING AGAIN??”

That was my internal struggle…

And so, I finally picked up that crochet needle and started crocheting away, using my muscle memories and of course, the help of YouTube to refresh and reteach myself all those forgotten crochet stitches. I have to admit, it was still a struggle initially when the same problem hit me right at my face.

But this time, instead of giving up, I just kept frogging as long as the yarn doesn’t give way…LOL…and I started learning from all my frogging experiences so that I could do better in my next project.

On the other hand, if you are a crocheter/knitter reading this post, you might be able to understand that the ‘tension’ problem can never be solved using only one formula since different techniques require different tensions and of course, the yarns play an important part in this as well.

Therefore, I truly believe that as long as we don’t give up, no matter how many times we need to frog (ribbit…ribbit…), our unique learning curve will be formed during all those freaking and frustrating frogging moments…LOL…

This post has been lying inside my draft section for many many months, perhaps years?

Hmm….anyway, I am happy that I am able to unclog my writing block today and finished this post.

For all the lovely and wonderful souls who have been with me from the days of “Clouds N Cups” till today, thank you very much for reading this post.

Have a wonderful day ahead, always!

Woke up around 5 something in the morning and started crocheting the owl key chains for one of my custom made orders.

As I was stacking those colorful and unfilled pieces up (the fun in making colorful projects) and looking at my other owl project, this scenario came to my mind: 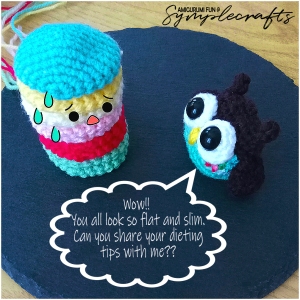 Have you ever encountered people asking you a very simple question and yet you just have the toughest time or feeling too awkward to give them an answer?

At times, we tend to just blurt out questions with no consideration of the person’s feelings just because we wanted AN ANSWER to satisfy our curiosity at that very moment — and I am guilty of that. 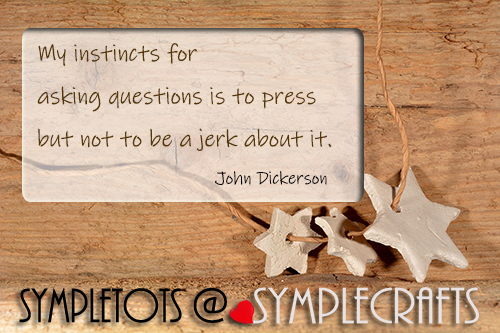 Simple and seemingly harmless questions can and will transform into daggers when they are being thrown out at the incorrect moment and hit the bull eye of one’s heart.

Therefore, besides cracking our heads in trying to give people their answers, we may need to spare a few moments in our lives to develop the wisdom in asking a good, sometimes stupid but definitely not a question that would hurt.

Did I offer peace today?

Did I bring a smile to someone’s face?

Did I say words of healing?

Did I let go of my anger and resentment?

Did I forgive? Did I love?

These are the real questions.

I must trust that the little bit of love that I sow now will bear many fruits;

Here in this world and the life to come.

This is just a short post inspired by my crocheting projects as I am still in the midst of getting my blogging mojo back.

If you lovely souls are interested to read more on owls and ‘asking questions’, here are the links for the posts which I’ve written in the past:

Thank you for reading this post and have a wonderful weekend ahead!

When I was around thirteen or fourteen, Lovable Mom needed some crochet items which my Godmother knew how to make.

With this rather-than-giving-you-a-fish-I-am-giving-you-the-rod mindset in her head, Lovable Mom asked me to learn crocheting from my Godmother instead of asking her to make it.

Since I’ve had bad experiences with using two needles, perhaps I might just do better with one needle.

I MANAGED TO FINISH IT!

Although I had finished crocheting the item that Lovable Mom wanted, it was never up to her expectation(s).

“Tsk..Tsk…Tsk….your stitches are too tight.”

“The ruffle edges are supposed feel softer, just like the ones we had before.” 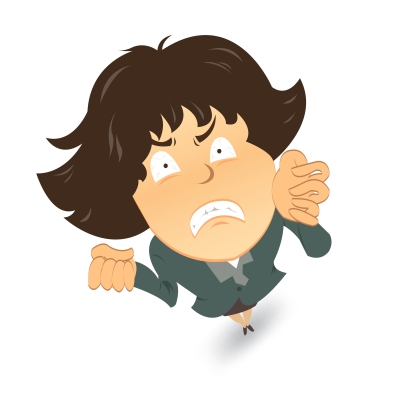 Despite getting all the steps correct, I was not able to control the tension of the yarn during crocheting.

I had become that very angry girl, once again!

It seemed that my brain and my fingers were not able to understand the word ‘consistency’ and this had proven to be a big problem for me.

Although Lovable Mom was very disappointed with the end products, I did try crocheting a few more sets over those years, thinking that perhaps more practices might just perfect my crocheting skill. Alas, all of them ended up having disappointing results.

Thus, I decided to stop crocheting and never to touch a piece of yarn again even when Lovable Mom asked me to make a few more during years later. 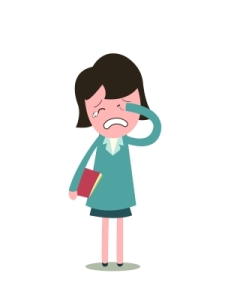 I remembered learning knitting at the age of nine or ten and during that time, my mother had to look for those shops selling yarns in order to buy a set of yarns+needles for around $70++ meant for a sweater pattern.

I never even made it to finishing the base rows of the sweater!!

Every time I brought the finished piece back to the shop for further instructions, I was asked to redo the rows again and again…so many times until I decided to stop going.

Well, my mother was really mad at me for wasting $70++ on this unfinished project…and even after years later…when she spotted those untouched yarns during one of those annual spring cleaning…I would get nagged again…*sigh*….

It was really a bad…bad…knitting experience…

Challenging myself to create another house pattern, smaller than my 'Small House', here's my Tiny House Crochet Keychain😉. Pattern available at my Etsy shop @symplecrafts. Have a great Friday ahead and stay safe!
I realised that the sound from my TV was recorded into it...LOL...that's really a noob mistake...>_<